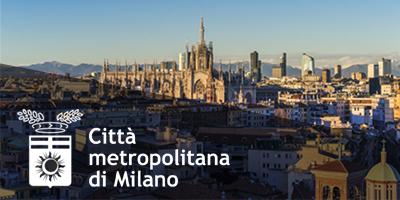 Allow more direct and personal contact between the entity and citizens while facilitating the community’s search for information.

ATo have an alternative channel to the classic physical help desk available for communicating with the Province, accessing the information required 24 hours a day4.

The Province of Milan is one of 12 provinces in Lombardy and the most populous at a national level, with a total of 3,123,205 residents as of 1st January 2010. Its population density is 1,983 inhabitants per square kilometre and, despite representing just 6.6% of the regional territory, it is inhabited by 32% of the entire Lombard population. The Milan metropolitan area has evolved extensively in recent years, developing into a single urban area that is increasingly expansive and integrated. Instead, the Province of Milan’s territory has decreased due to the establishment of new provinces, starting with Lodi and, more recently, Monza and Brianza, officially set up in 2004. Currently, 134 municipalities are part of the Province of Milan. The tourist system attracts some 10 million tourists per year to the province of Milan, with 50% being foreigners and 50% Italians. From the perspective of telematic infrastructures, Milan is the most “cabled” city in Italy and Europe, with 2,700 kilometres of wired road and 300,000 kilometres of fibre optics being laid.

IFM Infomaster offers an interactive totem management system integrated with virtual assistants. The same system permits direct connection from the Province’s homepage to the Public Relations Office and video calling in VoIP mode (which the Province shall activate in a secondary phase) starting from the institutional portal to all the structures of the Province of Milan. Utilisation is very simple and intuitive. Users can navigate and access the contents via touch screen or, alternatively, communicate with an avatar. Should the latter not be able to fully respond to the request, the citizen can connect to a physical operator via a video call. This strategy led to experimenting with the integrated interactive totem that consists in supporting citizens in using the Province’s services with ease and immediacy, rendering them active participants in government activities. The interactive totem has proven to be an important communication tool able to open up to additional technological innovations. In the future, the information extracted from the totems can actually be downloaded to mobile phones and smartphones or sent to citizens and companies directly via text message, with the objective being to allow users to interact with the Province by availing themselves of all the technological tools available. Once the project has been completed, the totems shall exploit the broadband and ultra-high-speed network that the Province of Milan is currently installing in the area to connect citizens and municipalities by 2012.

The collaboration between IMF and the Province of Milan dates back to 2001, upon the Provincial Employment Centre expressing the need for a single toll-free number that citizens and companies could call for information on any work procedure. With IFM’s #phones solution as its foundation, the Province's Contact Centre has allocated a dedicated number to the Employment Center - being +39 02774040 - for the purpose of answering calls for information in case of workplace issues or for outbound campaigns in support of specific initiatives of the Province focused on companies. The Contact Centre structure was further developed in 2003, with a new call to tender which, in addition to telephone call management, incorporated managing contacts via different media, such as fax, email and videoconference. This last mode, in particular, was enacted to allow more direct and personal contact between the entity and citizens along with being able to share content, documents, and so on. In 2009, once more relying on IFM’s expertise and experience, the Province of Milan launched a pilot project for the development of an interactive totem aimed at simplifying and further facilitating citizens’ search for information, increasing services and breaking down certain barriers standing between the Public Administration and citizens.

To date, the project has already led to the installation of 15 interactive totems located in strategic points around the territory. Soon, this will expand to include all 130 municipalities in the area, with hundreds of locations planned. The totems provide countless advantages and benefits both to citizens and the Institution, streamlining procedures and optimising costs and resources. The totems offer citizens an alternative channel to the classic physical help desk for communicating with the Province and accessing the necessary information and services of the public relations office, 24 hours a day. The totem project further consolidates the multi-year collaboration between IFM Infomaster and the Province of Milan. In fact, in addition to the totems, a number of services of the Province already converge on the VoIP platform developed by IFM: Osservatorio Donna, a service activated in 2000 that focuses on answering questions and consultation requests from women; Madre Segreta, the toll-free number line that handles the initial contact with mothers in difficult situations, offering a sympathetic ear and information in collaboration with local services; the Employment Centre, with a service providing information in the workplace and promoting campaigns to support particular initiatives aimed at businesses; the Public Relations Office help desk, providing information relative to the services of the Province; the technical assistance centre for the Province of Milan, with a service designed to respond to telephone and application issues.
IFM Infomaster | Via V Maggio, 81 - 16147 Genova - Italia | +39 010 3747811 | P.IVA 03286860105 |
marketing@ifmgroup.it | Privacy Policy - Cookie Policy